“ART HISTORY (Part 1) “ came to life after a lunch conversation one afternoon in a Paris restaurant with the photographer Peter Beard.
I was carrying a bunch of documents and photos with me which were images of my ”Serbia Remix” project that a friend wanted to see.
As I was showing her the images, Peter Beard who came with her, ask to see them too; going through them he made a comment about an item which was recurrent throughout the project, a plastic bag which we’ve all seen all around the world, a big ugly bag made in China, usually with checkered patterns or red white and blue stripes which was the one I was using since it had the colours of the Serbian flag.
To me it was the ultimate refugee bag, one I had seen in so many photos of wars and exoduses.
He said, “this thing you’re doing, it’s yours, you own it, it’s where you’re coming from…”
I thought about it and how most artists just obsessively search for the gimmick that will make them stand out of the mass, make them particular, famous.
It seemed to me that that gimmick can also be your tombstone, what you’re reduced to, a shortcut which often will be used to define and simplify one’s work.
As an artist you can either try to play that game but it seems harder and harder to find a niche were you can rule and the niches are getting so small it becomes pointless and often ridiculous.
Or you can say that the world in not linear anymore, it’s fragmented and chaotic and as an artist you can try to reflect that.
That’s my choice.
The “Art History” is like an obituary with an educational twist, it’s consensual and witty and maybe it’s also a warning.
As a wall piece it works on many levels, graphic, conceptual and even historical.
The piece is evolutive, for each new series of limited editions a new name will be added, making each series unique in its way.
At some point it will stop.
Every list has a final entry. 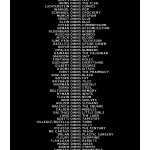 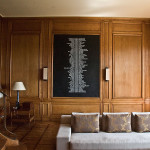 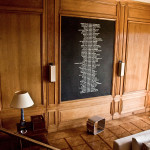 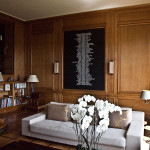 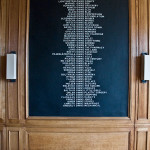 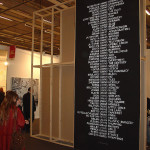 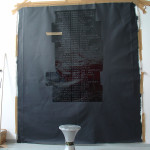 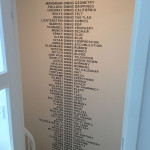 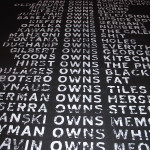 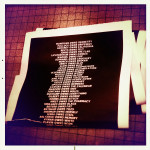 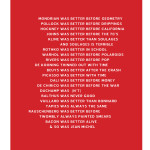